Where were you 18 years ago?  In the United States Patriot Day occurs on September 11th of each year in memory of the people killed in the September 11 attacks in the year 2001. A bill to make 9/11 a national day of mourning was introduced in the U.S. House on Oct. 25, 2001. Joint resolution 71 passed the House by a vote of 407-9, with 25 members not voting. The bill passed the Senate unanimously on Nov 30. President Bush used the authority of the resolution to proclaim September 11, 2002 as the first Patriot Day. Patriot Day is not a federal holiday, schools and businesses remain open in observance of the occasion. The flag is flown at half-mast at the White House and on all U.S. Government buildings throughout the world. Additionally a moment of silence is observed at 8:46am EST, the time the first plane, American Airlines Flight 11, struck the North Tower of the World Trade Center.

~The impact lingers. Ten thousand first responders and Ground Zero volunteers have been diagnosed with cancer by the World Trade Center Health Program. – AFP
~The rubble of the World Trade Center has given way to a gleaming new complex of office towers, a museum, a transit hub and a memorial that draws millions of visitors each year. But rebuilding is still not complete. – AP 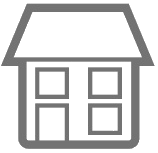 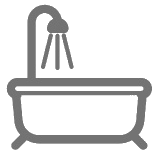