Yesterday was Pac-Man’s 40th birthday. Born on May 22, 1980, PAC-MAN immediately rose to meteoric popularity, first in video game arcades, then through an array of branding and entertainment appearances. With a brand recognition rate of 90% around the world, PAC-MAN’s image is one of the most recognized on the planet and is as strong as ever as he enters his 40th year of entertaining fans of all ages.

Pac-Man (or Puck Man in Japan) is an arcade game developed by Namco and licensed for distribution in the USA by Midway, first released in Japan in 1979. Immensely popular from its first release through today, Pac-Man is universally considered as one of the classics of the medium, virtually synonymous with video games.

The game is played by eating all the fruits on the stage, while avoiding the ghosts. In 1983 the game introduces a new character, “Mil.” The playful Mil moves around the screen to move the fruits away from Pac-Man. The game is unique in that it doesn’t have any Power Pellets. In turn, Pac-Man can retaliate by eating special powerup items such as the Boss Galaxian and Rally X icons. 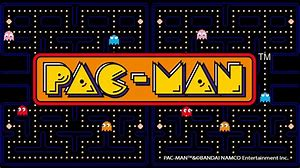 BURN BAN LIFTED FOR JACKSON COUNTY. The ban burn put in place by the Jackson County Board of County Commissioners last Tuesday, May 12 has been lifted according to Jackson County Fire Rescue Chief Charlie Brunner. Rain has been sufficient with staffing in place with State of Florida Forestry Department is sufficient to cover the area they are assigned. As with any burn requiring a permit, please make sure you have your permit and use caution when burning. 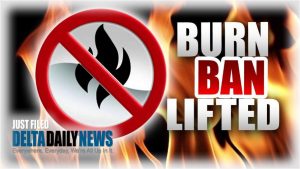 Did you know sea turtles have a season they are most active? May 1st to October 31st is the most active season for sea turtles. When you go to the beach please remember to leave only footprints, knock over your sandcastles, fill in any holes, and if you go at night no flashlights. Any time you see a sea turtle you should know they should never be touched.

The oldest known sea turtle fossils date back about 150 million years, making them some of the oldest creatures on Earth. Just for some context, dinosaurs became extinct 65 million years ago. Green sea turtles can stay underwater for up to five hours, but their feeding dives usually only last five minutes or less. Sea turtles have glands that help to empty excess salt from their eyes, making it appear as though they’re crying, but not to worry, they’re just doing some spring cleaning. Have you ever seen a sea turtle? 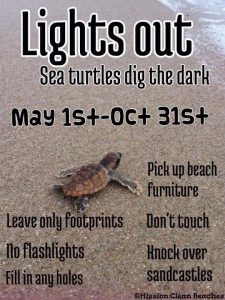 Most counties in the panhandle have issued a burn ban. Please check with your individual county before you burn again. Jackson, Gulf, Bay, and Washington county have published the burn ban. Effective immediately all outdoor burning of yard trash, household paper products, bonfires, campfires, warming fires, outdoor fire places, chimneys, and cooking fires is prohibited unless: 1) authorized by the Florida Forest Service; 2) for cooking of food exclusively within a contained gas or charcoal grill.  The setting of fires to any grass, brush or forest covered land, unless authorized by the Florida Forest Service, shall constitute a violation of the law. Be safe! 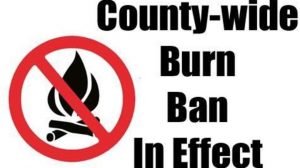 Build Healthy Habits~ Plan. Identify unhealthy patterns and triggers. ~Set realistic goals. Write down steps to help you achieve them.~Change your surroundings. Find ways to make healthier choices easy choices. ~Remove temptations. Work for changes in your community, like safe places to walk. ~Ask for support. Find friends, family, co-workers, neighbors, or groups for support or ask people to join you. ~Fill your time with healthy activities. Try exercise, a favorite hobby, or spending time with family and friends. ~Track your progress. Record how things are going to help you stay focused and catch slip-ups. ~Imagine the future. Think about future benefits to stay on track. ~Reward yourself. Give yourself a healthy reward when you’ve achieved a small goal or milestone, like a massage or personal time. ~Be patient. Improvement takes time, and setbacks happen. Focus on progress, not perfection.

Gulf Power opened its first-ever owned and operated solar facility in Jacob City in Jackson County. Gulf Power says the new center is bringing them closer to making Northwest Florida a leader in cleaner energy. Last spring, Gulf Power began construction on the Blue Indigo Solar Energy Center. One year later, and the center is already harvesting emissions-free energy for customers across the panhandle. The Blue Indigo Solar Energy Center sits on more than 600 acres of former agricultural land south of State Highway 162, more commonly known as Jacob Road. The solar energy center would produce 74.5 megawatts of energy. That’s enough to power 15,000 homes annually. The solar panels will not damage the soil. This alleviates the concern that once the panels are there, the farm land would not be usable. The farm land would not be harmed in any way. The site is also completely unmanned; requiring no maintenance from the county or local municipalities. 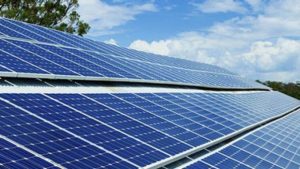 There may be nothing about it that says “magic” or “witchcraft,” but a newly discovered snake species has still been named after a character from the Harry Potter series.

Scientists in India decided to call the green pit viper “Trimeresurus Salazar.” The name is an ode to Salazar Slytherin, one of the founders of the Hogwarts School of Witchcraft, which is where Potter and his pals mastered their wizardry skills. Slytherin is known, among other things, for his ability to talk to snakes.

The scientists’ findings have been published in the journal “Zoosystematics and Evolution.” 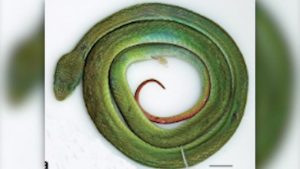 Callaway voters re-elected Pamn Henderson as mayor last Tuesday. Henderson has been the Mayor of Callaway since 2017, and serves on several boards within the county. This was the first time she ran against other candidates for the position, running against Carl Sauls and Chip Singleton.
Mayor Henderson was appointed three years ago when the former mayor stepped down. Henderson then officially won the seat in April 2018 after running unopposed. Henderson won the election on Tuesday with over half the votes.

During her two-year term, she served as the city’s leader during Hurricane Michael. Henderson says she’s still working to help the city recover from the storm including clearing debris, securing roughly $12 million in grant money for several projects, and bringing more housing to the area. Within the next couple of years they are going to have 2,100 new housing units: homes, townhomes and apartments. In her new term, she and the city will take on a new challenge: preventing the spread of COVID-19. 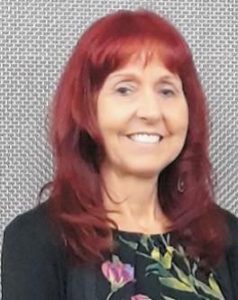 Ikea has released it’s famous Swedish meatballs recipe. This serves 4 and is pretty simple to make. Calls for a lot of ingredients but they are easily listed below for you. For the step by step instructions refer to the photo. It even has photos with each step! Happy cooking!

Ingredients for meatballs and cream sauce 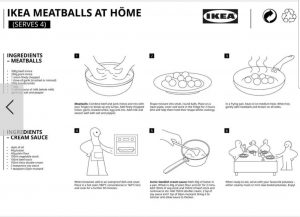 Today’s forecast is sunny and warm, with a chance of…snakes. Spring in North Florida is when local serpents become active. Florida is home to 44 species of native snakes but only 6 of them are venomous. The vast majority of snakes you would find around your home are harmless. Snakes don’t do well with people so most neighborhoods have very little chance of having snakes.

A few ways to snake proof your home are ~keep grass mowed, ~store firewood on a rack, not the ground, ~keep brush and wood piles away from the house, ~keep shrubs and tree branches trimmed, ~seal gaps under doors (some snakes can enter through a hole as small as a pencil), ~and snakes can come in through pet doors, by themselves or by your pet, ~rodents attract snakes so call a pest company if you see any.